Built by pupils and teachers at the school this award-winning outdoor laboratory catches rain water falling on the school building and saves it from going down the drain. Instead it is led to the pond and through the “flow form“, and then the overflow is led via irrigation channels to willow beds. This willow will then be used for basket weaving by pupils, and support the craft curriculum taught in the school. In addition many classes throughout the school benefit from the opportunity to study in the outdoor environmental laboratory. This set up coincides with our Carbon Footprint projects. 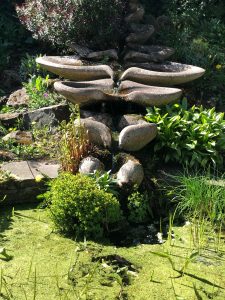 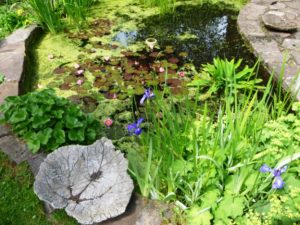 Many pupils throughout the school benefit from the opportunity to study in the calming outdoor environmental laboratory. 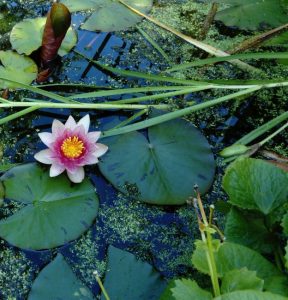 Several classrooms look out on this beautiful pond garden, teeming with wildlife. 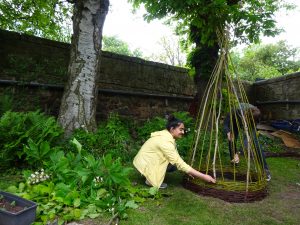 The Flowform irrigates the growing willow used in the craft curriculum. 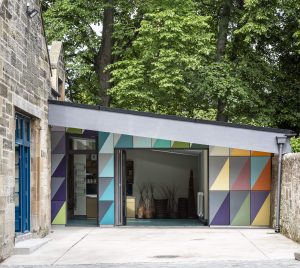 Crafts, such as basket weaving, balance out the focus on academic study in the Upper School through the Main Lesson Programme.

What is it for?
Increasingly we are becoming aware that water is one of the world’s most precious resources, and that by wasting and polluting it we are threatening the well-being of all forms of life, not least ourselves. It is easy for us to get bewildered by the scale of the problems and to believe that only through the development of sophisticated treatment technology can we hope to address them.
How Does It Work?
Ponds were once a common feature in the landscape and always had an important value to the surrounding environment. This century thousands of ponds have been lost in Britain, but it is now becoming very popular to create ponds again as wildlife habitats. Most ponds, despite being still bodies of water, are able to sustain a vast range of life-forms and eco-cylces. It has been observed that when pollution of such a pond occurs many of the more fragile eco-cycles are broken, yet others are more resistant and will proliferate in an attempt to restore the lost balance.
Where Did This Work Begin?
It has been argued that water quality can not just be considered in terms of its chemical constituents, but more broadly on this ability to support healthy life. This proposition suggests that there are inherent properties of water which are not readily perceived using conventional means but which are still significant and are also needing ‘treatment” if the water is to be returned to its natural state. It was with this aim in mind that John Wilkes of the ‘Flow Research Institute’, following on from Theodor Schwenck and Viktor Schauberger, undertook intensive studies of archetypal flow patterns in living organisms.
Where Can Flowforms Be Found?
The culmination of this work has been the development of the “Flowform” principle of water movement, in which the water flowing through the specially shaped vessel is encouraged to take up a figure of eight patterns and at the same time a rhythmic pulse. As all forms of life show waterborne rhythmic patterns, and tests carried out in Holland have shown that rhythmically treated water has an enhanced ability to support the organisms necessary for biological water cleaning. Increasingly, the potential of “Flowforms” is being recognised and they are now being incorporated in a variety of different treatment projects all over the world. We are being the change we want to see.