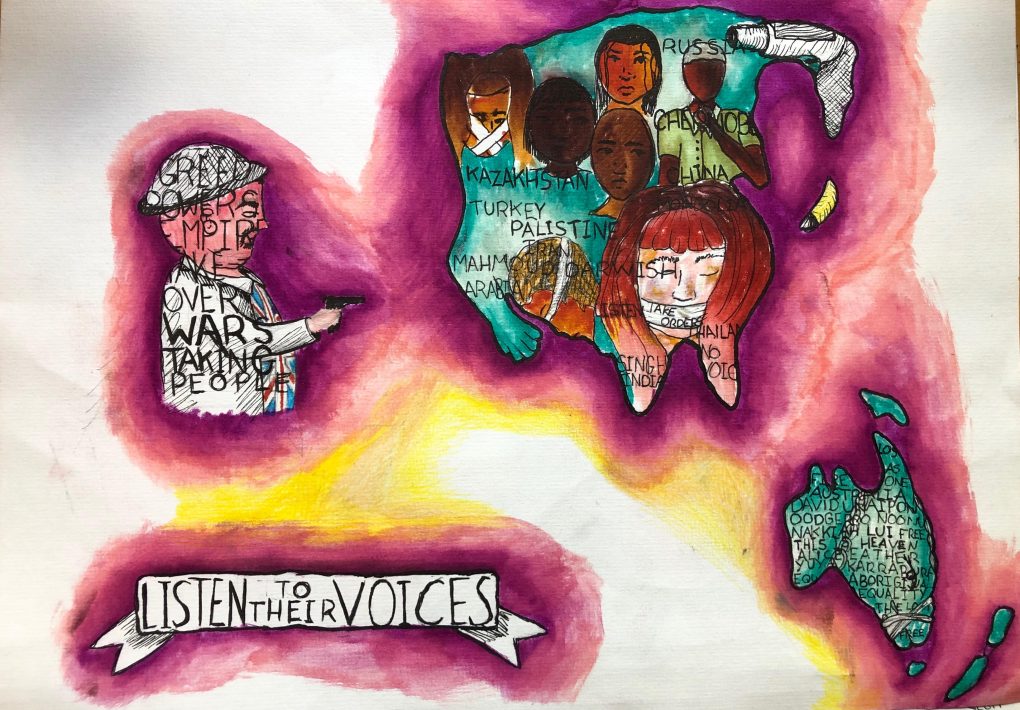 Responding the the Black Lives Matter movement, Edinburgh Steiner School has made changes to its school curriculum, introducing diversified material to its cornerstone Main Lesson Programme to ensure that the school showcases and amplifies a greater diversity of voices and traditions.

A new Main Lesson (ML) around concepts of privilege, different world perspectives, and analysing literature from Black, Asian and Minority Ethnic (BAME) authors has been developed. Delivered in the final year of a pupil’s school career, this whole-class subject block features collaborative teaching between the English and Geography departments. Learn more about the new Main Lesson here.

The first term of the new academic year, in a classroom with classmates sitting at desks alongside each other, follows several months of remote learning and a covid summer break. Kirsty Macdonald-Russel explains the thinking behind drawing together several educational strands into the one World Literature block:

It was especially designed to bridge the Main Lessons which were impossible in the summer term of Class 11, such as the Surveying Trip, and introduce the holistic theme of the Class 12 curriculum, to synthesise and gain a broader perspective on issues”.

As a direct acknowledgement of the importance of the Black Lives Matter movement experienced by the pupils during lockdown, the Main Lesson asked the 17- to 18-year-olds to make academic criticism without judgement, and acknowledge the limitations of their own knowledge.

These presentations focused on those voices which have historically been marginalised, with great success,” continues English Teacher, Kirsty Macdonald-Russell, continuing.

Part of the 2-hour morning block over 4 weeks involved a history of maps and map-making which introduced the idea that ‘maps’ are normally euro-centric and constructed according to European/western frames of thought. The assumptions inherent in maps are translated into actions by powerful actors, such as navies, which transpose the ‘imagination’ of territoriality onto the real world in unequal ways.

Geographies (the way the world is conceived, classified and understood) are therefore predominantly ‘Western’, which diminishes non-western voices and makes it more difficult for them to ‘speak back’ says Alistair Pugh.

This main lesson used a variety of voices from non-white literary sources to introduce pupils to the importance of speaking back, allowing them to formulate their own questions about western thinking and its impact.” Says Geography Teacher, Alistair Pugh.

The pupils then created their own literary map, showcasing their deeper understanding of the world’s literature (a selection featured below, with pupils’ permissions).

Led by two white teachers – something which was recognised as potentially problematic – pupils were encouraged to question and criticise the main lesson itself.

Alistair and I empowered the pupils to challenge the content and structure of the Main Lesson, and to take charge of some of their own learning, as they presented the literature of various continents to their peers,” Mrs Macdonald Russell reflects.

As a whole, the class responded very well to this Main Lesson, as they navigated the sometimes challenging waters of privilege, history, and identity with real maturity. The Class 12 pupils then put together a shopping list of texts for the Upper School library, to ensure that the school showcases and amplifies a greater diversity of literary voices and traditions. 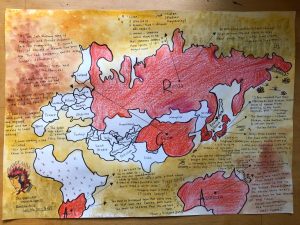 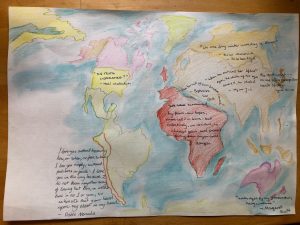 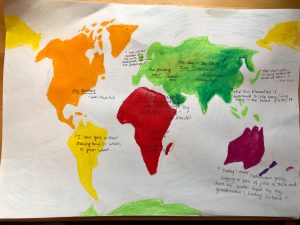 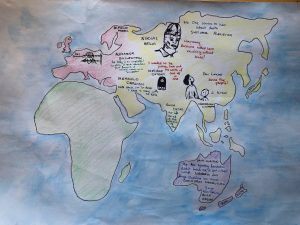 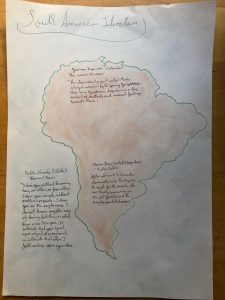