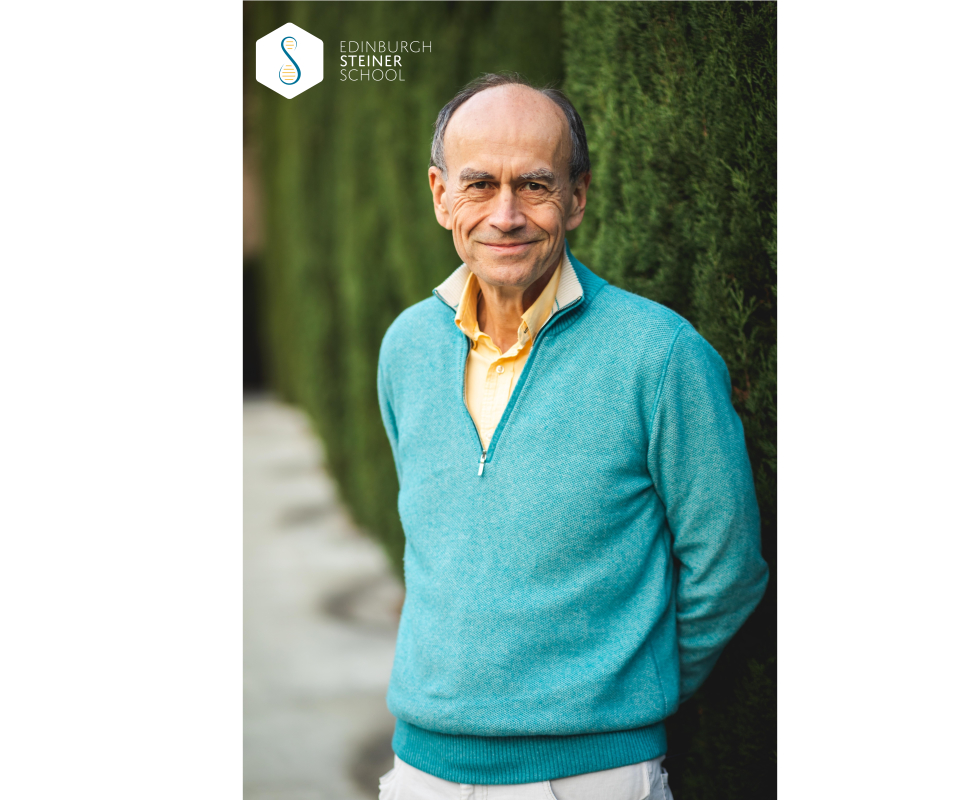 As the centenary of Waldorf Steiner education fast approaches, the Patron* of project Acknowledging Creative Thinking Skills (ACTS), Professor Südhof, helps pupils at Edinburgh Steiner School appreciate the trans-disciplinary nature of a Steiner curriculum  – and an innovative suite of Integrated Education qualifications – through an autographed instrument.

Professor Sudhof, at Stanford University in Silicon Valley, jointly won the 2013 Nobel Prize in Medicine (Neuroscience). He is also a bassoon player; joining others to have won this prestigious award in emphasising science and artistic creativity are inextricably entwined.

I believe that training in the arts, especially classical music but also painting and writing, trains the mind because it teaches a person that one cannot be creative and innovative if one doesn’t first master a skill. Creativity comes on top of technical ability.”

Professor Sudhof (Full interview with ESS will be shared soon).

Professor Bernstein’s research showed Nobel laureates in the sciences are ’17 times likelier than the average scientist to be a painter, 12 times as likely to be a poet, and 4 times as likely to be a musician.’ A unique aspect of the Steiner curriculum is the integration of creative arts – painting, drawing, drama, sculpture, metalwork, woodwork, handwork and music – into all academic disciplines throughout the education. This encourages the pupils’ emotional engagement with their learning, as well as develops their imagination and freedom of thinking, and instills aesthetic appreciation.

The new innovative Integrated Education qualifications have been developed by teachers and educationalists from Steiner Waldorf School Federations from four countries participating in the ACTS project (2015-18) alongside Crossfields Institute. The educators aimed to find a way to raise attainment, reduce early school leaving and make education more inclusive through the integration of formal, non-formal and informal learning. It develops a spectrum of creative thinking skills through its cross-curricular approach to equip pupils to access higher education, employment and entrepreneurship. Learning outcomes are assessed through a portfolio of evidence. Both the international Certificate and Diploma for 14-18 year olds are non-exam based.

More than ever nowadays, where things are changing, where the way we interact with the world has become so much more indirect because of new technologies, where we need to cope with a completely different sensory environment, this type of education is more important than ever.”

Read the full  ACTS Newsletter including a piece on Edinburgh Steiner School (page 9).

Thomas Südhof, the Nobel Prize-winner for Medicine (Neuroscience) has an understandably busy schedule at his laboratory in the Lokey Stem Cell Research Labs, Stanford University, San Francisco. Nevertheless, in 2015, he generously agreed to lend his name and support to a then fledgling ACTS project that was at the time little more than an idea. That help has been invaluable. But the most surprising request for him, so far, was when he was asked to sign a 100-year-old bassoon for Edinburgh Steiner School as a symbol of the creative link between music and science, and to mark the 100th year of Waldorf Education. The scientist and bassoon-playing Professor Südhof quipped, ‘Surely…never done that before!’. As a Waldorf alumnus himself, Professor Südhof now advises students to ‘learn a skill and then be creative with it’, and to ‘never accept anybody else’s view or interpretation until you have thought about it and examined it.’ 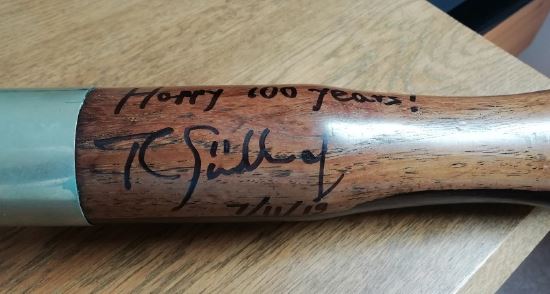 Thomas Südhof talks about his role models including his music teachers from school days:

*Professor Thomas Sudhof is Patron of ACTS in name as support. The 3-year educational project is a collaboration between Waldorf educators from Finland, Norway, Denmark and the UK; grant-funded by EU Erasmus+. EU assessors praised the ACTS project as: ‘offering a highly credible, valid, portable alternative qualification with results that would not be possible or desirable if developed by a single country’.

The content and context of the Creative Thinking Skills Spectrum is now available as an easily understood and digestible publication suitable for practical use and wider academic dissemination, in the form of a book available here. The author and project designer, Elaine Holt, has provided the working definitions, interpreted from successful Steiner Waldorf pedagogy, which have become the foundation for the suite of qualifications. Download the ebook free here.

Read more about the Integrated Education Certificate and Diploma on the website of awarding and certification group, Crossfield Institute, here. 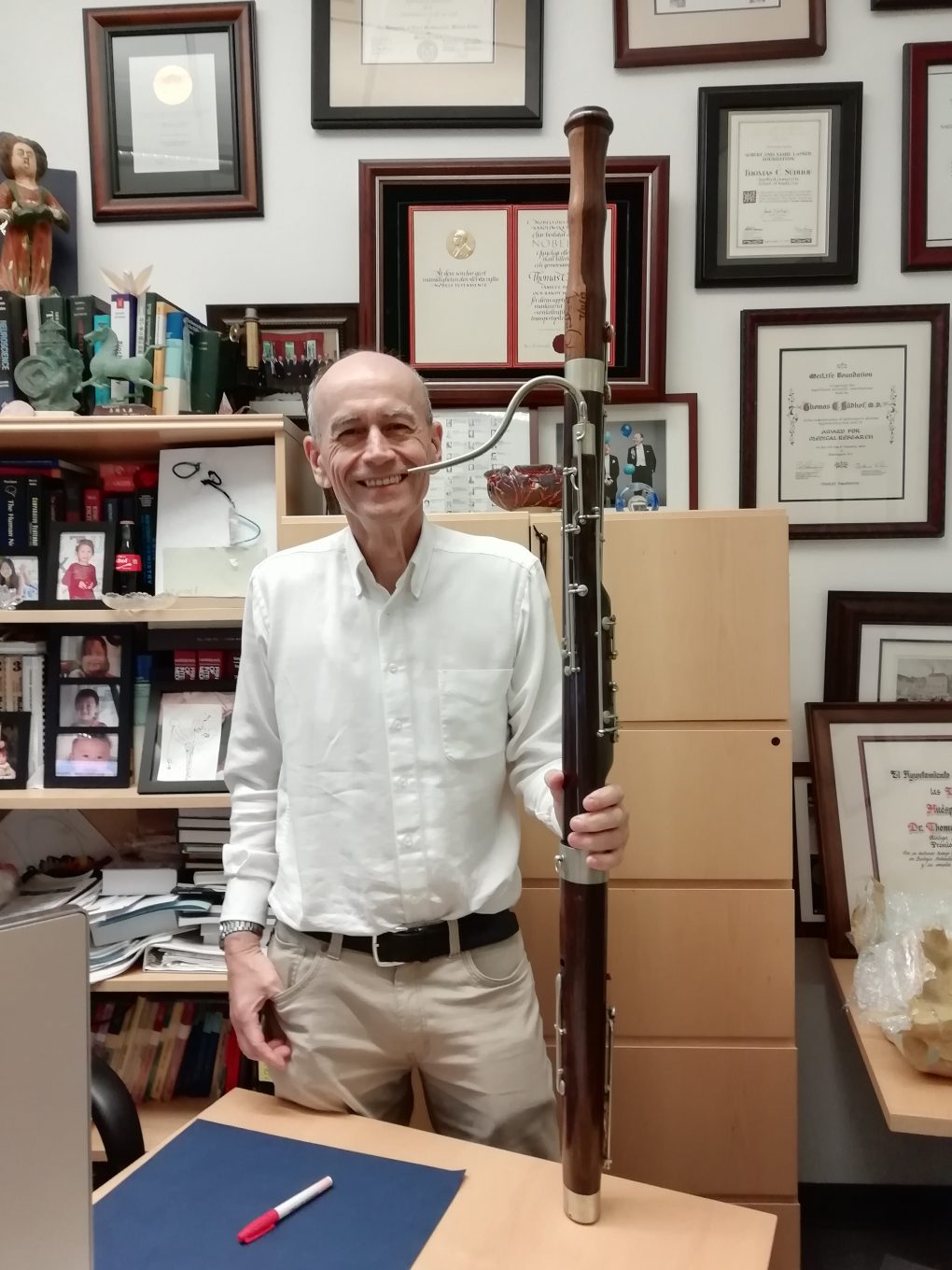 Coordinated by Edinburgh Steiner School, International Education Consultant and ACTS coordinator, Elaine Holt meets Dr Thomas Sudhof at his office at Stanford University in Silicon Valley to discuss their research, and hand-deliver a bassoon to be signed. Professor Sudhof has signed many artefacts since winning the Nobel Prize in Medicine (Neuroscience) in 2013. ‘I’ve never been asked to do this before’ he commented, as he autographs a century old bassoon for our school that traveled with Elaine. Thomas Sudhof is Patron of the Acknowledging Creative Thinking Skills (ACTS) Project.